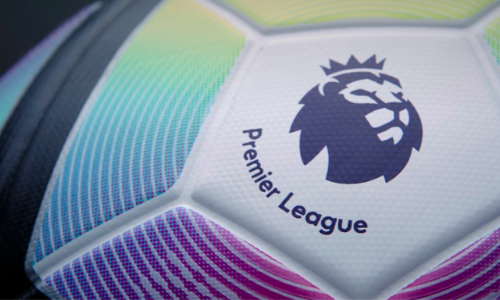 After a week of hugely entertaining FA Cup and Carabao Cup action, the Premier League will take centre stage again this weekend. All twenty teams are in action with some crucial games at the top and bottom of the table. Here at Compare Betting Sites, we will preview all ten fixtures, providing team news, betting advice and match odds, courtesy of our betting partner, William Hill.

Saturday 1st February – kick off at 3pm unless stated

The weekend’s Premier League action gets underway at the King Power Stadium where third-placed Leicester City host fourth-placed Chelsea. Ahead of the fixture, Leicester City are eight points ahead of visitors, Chelsea, but have lost two of their past three league games at home. Similarly, Chelsea are also on a poor run of form, winning just one of their last four league games.

Both sides are sweating over the fitness of their top goal scorers. But whilst Leicester City’s 17-goal talisman, Jamie Vardy, looks set to win his own fitness race, Chelsea’s Tammy Abraham could miss out.

Vardy has now gone four league games without a goal – his longest run under Brendan Rodgers. However, we are backing him to get back amongst the goals in Saturday’s lunchtime kick-off. You can support Vardy at 10/3 to score first against Chelsea or 21/20 to score at any time.

Both sides boosted their chances of survival with a win last time out whilst visitors, Aston Villa, will be buoyed by the Carabao Cup semi-final win in midweek. This fixture has been won by the away side on each of the last three occasions and Aston Villa’s away form has improved recently. Dean Smith’s side have earned four points from their past two away league games, matching the tally achieved in the 17 games before that.

With so much at stake, both sides could adopt a ‘do not lose’ attitude, therefore a score draw could be on the cards. At 3/1, this could be a wise bet.

Crystal Palace are enjoying something of an odd campaign. Whilst Sheffield United are quite rightly winning many plaudits for their superb first half-season back in the top flight, Palace are quietly going about their business. Roy Hodgson’s side are win-less in their past five league games yet they can draw level with Sheffield United if they claim all three points at Selhurst Park.

The success of both of these teams is built on a solid defensive unit. No side outside of the Premier League’s top three positions have conceded less than Crystal Palace (28) whilst Sheffield United have the league’s second-best defensive record. The Blades have conceded just 23 goals in their 24 league games, a record only bettered by league leaders, Liverpool (15).

The outcome of fixture at Selhurst Park is tough to call, but one thing we’re confident of is a resolute defensive display from both teams. You should consider under 2.5 match goals at 4/9.

Liverpool’s charge towards a first league title in 30 years is showing no signs of letting up and Jurgen Klopp’s side are the shortest-priced team in the Premier League this weekend. However, Liverpool aren’t likely to have it all their own way against Southampton at Anfield. The Saints have been vastly improved in recent weeks and boast the Premier League’s fifth best away record.

Southampton have won three of their past four league games and in former Liverpool forward, Danny Ings, they possess a man in red-hot goal-scoring form. Whilst we expect Liverpool to prevail and claim a 16th successive league win, Ings to score at any time could offer excellent value at 6/4.

Two sides experiencing a stark contrast in fortunes meet at St James Park as Newcastle United host Norwich City. Newcastle United are unbeaten in their past three league games, taking five points from a possible nine. Norwich City meanwhile risk being cut adrift after a run of just one league win since November.

The Canaries have the worst record away from home in the league, earning just five points from 36 available. Despite claiming a Teemu Pukki-inspired win over Newcastle at Carrow Road earlier in the season, Norwich City will find it difficult to end a run of three consecutive league defeats on the road.

Although the last five meetings between these sides have produced an average of 5.6 goals, we aren’t expecting a goal-fest here. Newcastle have the third-worst goals return at home in the Premier League (12) this season whilst Norwich City have scored just six times in 12 away league games. Newcastle to win to nil could be a safe bet at 14/5.

Everton will hope that their post-Marco Silva revival continues on Saturday as they make the trip south to take on Watford at Vicarage Road. The Toffees will be boosted by the return of ex-Watford forward, Richarlison. The Brazilian international who was the subject of an £85m January bid from Barcelona has missed Everton’s last two league games with a knee injury. Having scored in consecutive games prior to injury against both Brighton and Manchester City, Everton manager, Carlo Ancelotti, is expected to play the 22-year old from the start at Watford.

Given his Watford past, Richarlison will undoubtedly attract plenty of support in the first / any time scorer markets. However, we’re tipping Dominic Calvert-Lewin to find the back of the net. With just a few months to go until Euro 2020 kicks off, the England under-21 international is making a late bid for a senior call-up. With fitness doubts over Harry Kane, Marcus Rashford and Tammy Abraham, Calvert-Lewin will be hopeful of playing himself into contention. The 22-year old has scored in back-to-back league games against West Ham United and Newcastle United. He is currently available at 6/5 to score for a third game in a row or 10/3 to open the scoring at Vicarage Road.

Bournemouth versus Aston Villa is not the only relegation six-pointer taking place on Saturday as West Ham United hope to halt their slide down the Premier League table at home to Brighton & Hove Albion. Both West Ham and Brighton are win-less in their past four Premier League games and either side could drop into the relegation zone with a defeat at the London Stadium.

The reverse fixture finished in a 1-1 draw earlier this season and the two sides could not be separated when they met in London last year. A loss to a relegation rival could be disastrous for either side, therefore, a score draw could be on the cards. Both teams to score and the match to finish as a draw is 29/10 with William Hill.