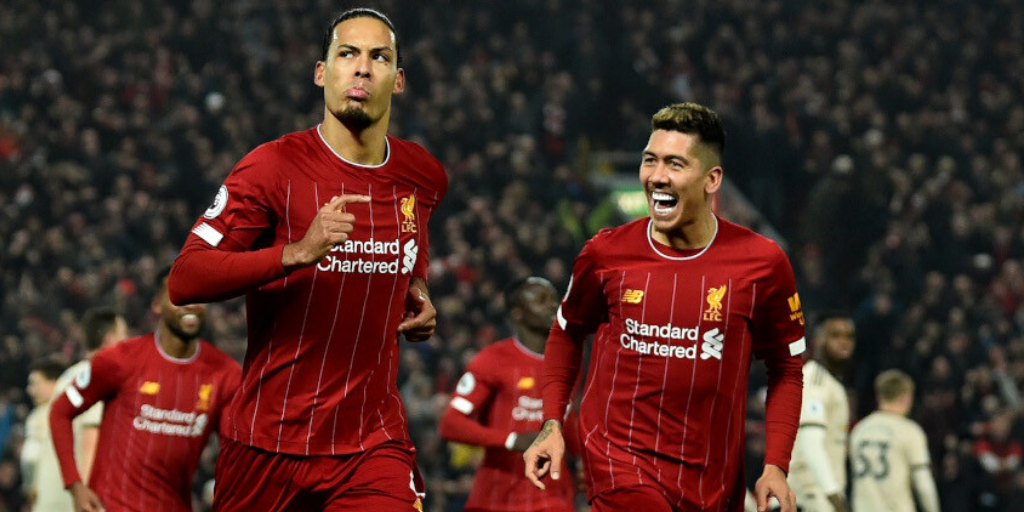 The Liverpool juggernaut continues for another week as Jurgen Klopp’s side continue their march towards a first league title in 30 years. The Reds claimed all three points away at Wolves on Thursday evening to move 16 points clear at the top of the Premier League.

Liverpool’s commanding lead in the Premier League title race has seen their odds to win the title shorten considerably. If you are still looking to back them to win the title then you may want to check what odds your chosen bookmaker is offering first. With many bookmakers, including Betway, offering odds of up to 1/1000, you may be surprised to hear that 1/40 is still available via William Hill. But, with a maiden Premier League title all-but-confirmed here at Compare Betting Sites we take a look at what this potentially record-breaking season could have in store for the Champions-elect.

The Reds’ 2-1 win at Molineux extended their unbeaten run in the league to 40 matches, the joint-third longest unbeaten run in the history of the top flight. Chelsea also went 40 games without defeat in 2004/05 whilst Nottingham Forest’s run of 42 games undefeated between 1977 and 1978 could be eclipsed within weeks. The next record within sight for Jurgen Klopp’s side is the 49-game unbeaten record of Arsenal’s invincibles. If Liverpool remain unbeaten in the league throughout February and March, they’ll have the opportunity to equal Arsenal’s all-time record away at title rivals, Manchester City. Furthermore, if results go Liverpool’s way in the coming weeks, the league title could be wrapped up at the home of the champions. The mouth-watering clash at the Etihad Stadium falls on Grand National weekend and could serve up one almighty celebration on Merseyside. For many Liverpool fans, remaining unbeaten for the remainder of the Premier League campaign is the ultimate goal. Only Arsenal’s 2004 invincibles side and the Preston North End side of 1898/99 have previously achieved this feat. The Reds were 100/1 at the start of the season to remain unbeaten but are now just 4/1.

There was a three-way tie for Premier League Golden Boot in 2018/19 with Sadio Mane and Mohamed Salah sharing the accolade with Arsenal forward, Pierre-Emerick Aubameyang. Both Mane and Salah have scored 11 goals so far this season and remain in contention for another Golden Boot award. Injuries to Jamie Vardy, Harry Kane and Marcus Rashford may have blown this market wide-open however Mane’s odds have drifted considerably after the 27-year old limped out of Thursday’s win at Wolves. Mane is now 14/1 with most bookmakers to finish as the Premier League’s top goal scorer whilst team mate, Salah, is the clear third-favourite at between 9/1 and 11/1 with most major bookmakers. Sergio Aguero (6/4) and Jamie Vardy (13/5) remain ahead of the Egyptian in the betting but with each-way bets paying out for three places, he could be worth some serious consideration. Roberto Firmino, the third member of Liverpool’s holy trinity as a whopping 100/1 with BetVictor and Unibet.

PFA Player of the Year

With 67 points out of a possible 69, it is hardly surprising to see Liverpool players dominate the PPFA Player of the Year betting. Virgil van Dijk could become the first player to win back-to-back awards since Cristiano Ronaldo in 2008 and the Dutchman is currently available at 16/1 with William Hill. Meanwhile, 2017/18 winner, Mohamed Salah, is 20/1 with the same bookmaker. Salah could become the first non-European to win the award twice.

Sadio Mane currently heads the betting at 11/10 with Betfair, however it is worth noting that most other bookmakers have priced the Senegal international as odds-on for the award. Next up in the betting is Manchester City playmaker, Kevin de Bruyne. The bookies’ pre-season favourite for the award is the only non-Liverpool player currently occupying the top six places in this particular market.

Reds captain, Jordan Henderson, could offer superb value at 10/1 with Paddy Power. Henderson has led by example for Jurgen Klopp’s side and looks set to become the first Liverpool captain in 30 years to win a league title. Trent Alexander-Arnold is priced at 12/1 with Betfair but odds of 1/5 suggests that he is far more likely to claim the Young Player of the Year award. Betting for the PFA’s Young Player of the Year award is dominated by England internationals. Alexander-Arnold is followed in the betting by Tammy Abraham (8/1), James Maddison (10/1), Mason Mount (14/1), Marcus Rashford (18/1) and Jack Grealish (22/1).

Liverpool’s water-tight defence have conceded an unmatched 15 goals in the league this season however, Jurgen Klopp’s all-conquering side may have to settle for second place in the ‘goals for’ rankings. Liverpool have scored an impressive 54 goals in their 23 matches so far however Manchester City have found the back of the net 65 times in their 24 games. As momentum continues to build, could Liverpool be worth backing at 11/2 to finish as the league’s highest scoring team?

Such has been the remarkable success Liverpool have enjoyed so far in the 2019/20 season, the Premier League title now seems a foregone conclusion. But what other trophies could be heading back to Anfield this summer? Can Liverpool do the unthinkable at match Manchester United’s treble-winning 1998/99 season? Here we take a look at their prospects of winning either the Champions League or FA Cup.

Liverpool claimed a sixth European title last season, defeating Spurs in their all-English final. Now, Jurgen Klopp has set his sights on retaining their title. Only Real Madrid have retained the trophy since its Champions League rebrand in 1992 however Liverpool claims back-to-back European Cups in 1977 and 1978. The Reds were also crowned champions of Europe in 1981, 1984 and 2005.

Although Liverpool hold a 16-point lead in the Premier League title race, it is Manchester City that are the bookies’ favourite to conquer Europe this season. When Liverpool won the Champions League last season and Manchester City won yet another Premier League title, there were suggestions that both clubs were envious of the achievements of the other. Whilst Liverpool’s 30-year wait for a league title continued, Manchester City’s solitary major European trophy win was in the 1969/70 UEFA Cup Winners’ Cup. It is therefore extremely possible that the two footballing giants could swap titles this time around.

Manchester City are 4/1 with most bookies to win the UEFA Champions League whilst holders, Liverpool, are commonly available at 9/2. Both sides face opposition from Madrid in the last 16. Whilst Manchester City get set to take on 13-time winners, Real Madrid, Liverpool are a more win-able draw against Atletico.

It's a third Spanish side that could be set to offer the biggest threat to the Premier League’s representatives. Barcelona are the bookies’ 11/2 third-favourites to win this season’s Champions League. The Spanish giants suffered a historic collapse against Liverpool in last season’s semi-final but will be there or thereabouts again this season. Barcelona have been handed a blow with the news that former Liverpool forward, Luis Suarez, will miss the rest of the season however in Antoine Griezmann they have a more than able deputy. Rumours of a January move for Arsenal forward, Pierre-Emerick Aubameyang, are also gathering pace and the odds of him moving to the Nou Camp this month have been slashed to just 5/1 in places.

There are suggestions that the bookies are somehow underestimating this dominant Liverpool side. Whilst you can justify Manchester City’s favouritism in the Champions League betting market, the fact they are also 2/1 favourites to win a second-successive FA Cup is somewhat surprising. Liverpool have a proud history in the FA Cup, winning on seven previous occasions and after easing past cross-city neighbours, Everton, in round three, they have been handed a favourable fourth round tie away at Shrewsbury Town. At 4/1 with most bookmakers, an eighth FA Cup win for Liverpool could be a superb bet.

With so much to play for across all major club competitions, now could be an ideal time to sign up to a new bookmaker. Many of our betting partners will offer incredibly generous welcome offers and free bet bonuses to all new customers. Sign up via Compare Betting Sites today and you will be rewarded with a free bet to use on a wide-range of sports betting markets.

Can Liverpool Go Back Top

After Man City's victory at Fulham, Can Liverpool head back to the top of the table?