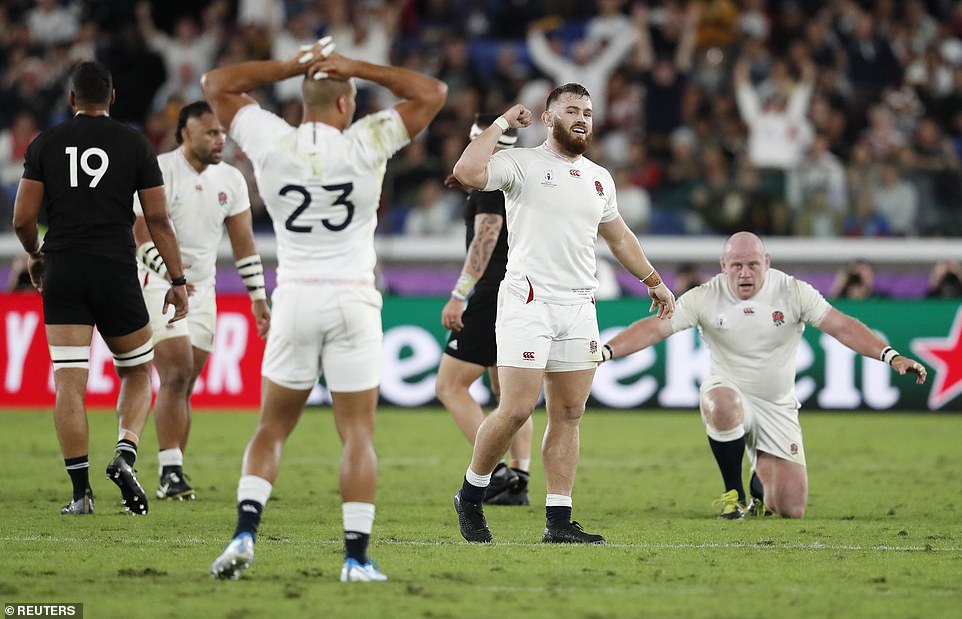 The clocks have gone back, Halloween is now behind us and the countdown to Christmas can begin. However, we have some incredible sporting events taking place before the big man in the red suit visits us on December 25th. Here at Compare Betting Sites we take a look at the major sporting events taking place throughout November, offering all the best odds on the leading prospects.

20 nations got the Rugby World Cup underway back in September but after six thrilling weeks of rugby, we’re now done to the last two. The 2019 Rugby World Cup winners will be either England or South Africa. 2003 winners, England, go into the final as red-hot favourites with the bookies thanks to their semi-final destruction of holders, New Zealand. If Eddie Jones’ side lift the Webb Ellis Cup then they would’ve done it the hard way; beating all four Rugby Championship sides en route.

Standing in England’s way are a formidable Springboks side that bounced back from losing to the All Blacks in the Pool stage to edge past Six Nations Grand Slam winners, Wales, in the semi-final. The 2019 Rugby Championship winners have beaten England in three of their past four World Cup meetings, including the 2007 final.

It is now just a case of when rather than if Lewis Hamilton can clinch a sixth World Championship. Hamilton needs just one more win to guarantee his fifth title in sixth seasons and with two more races in November, he could seal the Championship this month.

Since the US Grand Prix moved to Austin, Texas, Lewis Hamilton has been the stand-out driver, winning five of the last seven raves. In fact, no driver has won the United States Grand Prix more times than Hamilton (six wins). He did however have to settle for third place last season behind Kimi Raikkonen and Max Verstappen. Hamilton is the 15/8 favourite with William Hill and Betfred to win the Unites States Grand Prix.

If Hamilton fails to seal his sixth world title in Texas then we’ll move on to the Brazilian Grand Prix two weeks later. Unsurprisingly, Hamilton has an excellent record in Brazil also, winning in 2016 and 2018.

The traditional season-ending ATP Finals take place at London’s O2 Arena in November with the world’s eight highest-ranked players taking to the court for a seven-figure first prize.

Alexander Zverev was the surprise winner in 2018 but at 14/1 with Paddy Power, it seems unlikely that the German 22-year old will retain his title. World number one, Novak Djokovic, is a short-price 11/10 favourite to equal Roger Federer’s record of six titles. Djokovic has already claimed two Grand Slam wins in 2019 after winning both the Australian Open and Wimbledon titles.

The other two Grand Slam titles of 2019 went to Rafael Nadal and the Spaniard is a generous 7/2 to win the ATP Finals. Incredibly, Nadal has never won this event. In contrast, Roger Federer has won six previous Finals but hasn’t won since 2011. Federer is the 3/1 second favourite.

England will play their 1,000th international when Montenegro visit Wembley Stadium on November 14th but with Euro 2020 qualification all-but-confirmed, this match is set to be little more than a glorified exhibition match.

There is considerably more at the stake in matches involving Wales and Northern Ireland later that week. Wales could book their place in next summer’s European Championships by claiming back-to-back wins in November against Azerbaijan (a) and Hungary (h). The challenge facing Northern Ireland is a far more difficult one. Michael O’Neill’s side need at least one win from their final two games but take on two European heavyweights. The Netherlands visit Windsor Park before Northern Ireland travel to Germany three days later.

As we near these crucial Euro 2020 qualification matches, we at Compare Betting Sites will be sure to bring you the latest match odds on all fixtures featuring the home nations.

Whilst Anthony Joshua and Andy Ruiz Jnr prepare for their December rematch and Tyson Fury enters the world of WWE, Deontay Wilder versus Luiz Ortiz is the stand-out heavyweight fight in November.

Wilder stopped Ortiz in the tenth round of their thrilling meeting in March 2018 but the Bronze Bomber hopes to finish off the Cuban in far more clinical fashion before looking forward to his rematch with Tyson Fury next spring.

Deontay Wilder is the 2/9 favourites with Ladbrokes and BetVictor to defeat Ortiz whilst the challenger is 23/5 with MarathonBet.

Elsewhere in the boxing world, Canelo Alvarez hopes to become a four-weight world champion when he takes on Sergey Kovalev for the WBO light heavyweight title in Las Vegas. Canelo is the 1/4 favourite to win their highly-anticipated fight but the size and power of 36-year old, Kovalev, should not be underestimated. The sensible money is on Canelo to win on points (Evens) or Kovalev to win by stoppage (6/1).

If you want to place a bet on any of the sporting events listed above then head on over to Compare Betting Sites and sign up to any of our betting partners. Look out for exclusive offers and promotions available just for signing up.