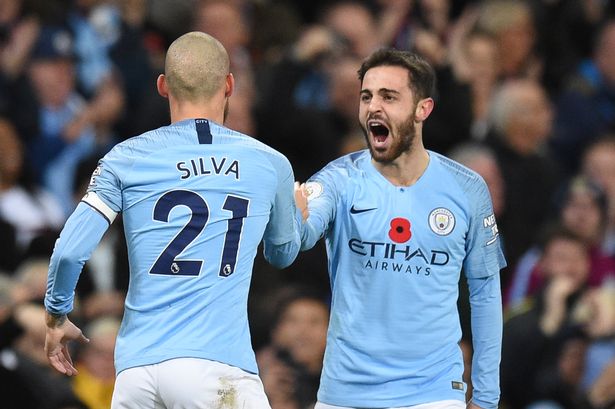 We have another action-packed few days of Premier League football to look forward to this weekend which got underway with an impressive 3-1 win for AFC Bournemouth away to south coast rivals, Southampton.

On to Saturday and we have five more games to look forward to, including Tottenham’s trip to Leicester City in the early kick-off whilst holders, Manchester City, host Watford at the Etihad Stadium. Here at Compare Betting Sites we will preview all of the day’s Premier League action, providing odds courtesy of betting partner, Ladbrokes.

Spurs threw away a two-goal lead away at Olympiakos in the Champions League in midweek but they’ll need to put that disappointment behind them if they are to get back to winning ways in the Premier League.

Saturday’s visitors recorded a comprehensive 4-0 win at home to Crystal Palace last weekend but their away form has been a cause for concern for Mauricio Pochettino. Tottenham are win-less in their last eight Premier League games; their worst run since 2006.

Despite failing to score in last week’s 4-0 win, Harry Kane heads the goal scoring markets for this one and the England international looks at snip at 11/10 to score at any time at the King Power Stadium. Alternatively, you can support the Spurs marksman at 10/3 to score first. The goal-scoring hopes of hosts, Leicester City, will as usual, rest on the shoulders of Jamie Vardy. Vardy is 6/5 to score at any time or 7/2 to score first.

With Kane and Vardy supported by the likes of Heung-Min Son and James Maddison, there could well be a fair few goals in the lunchtime kick-off. Both teams to score at 4/7 could prove excellent value.

Burnley host Norwich City at Turf Moor in what will be the first Premier League meeting between the sides. Visitors, Norwich City, arrive in the north west on the back of a shock win at home to Manchester City last weekend; defying odds of 22/1 in the process.

However, the Canaries have lost both away Premier League games so far this season and have conceded a league-high 12 goals from their first five games. Despite leaking goals, the scoring exploits of Teemu Pukki has provided a welcome boost. Last season’s Sky Bet Championship top scorer has scored six goals in his first five Premier League games. Pukki could again prove popular amongst first scorer bettors. The Finnish international is 7/2 to score first at Turf Moor.

Burnley’s form is a real cause for concern for manager, Sean Dyche, winning just once in their last nine league games. If ever there was a time to end that poor run, it is at home to an injury hit Norwich City. Our recommended bet in this is Burnley to win and both teams to score at 12/5 with Ladbrokes.

Everton host Sheffield United at Goodison Park where both teams will hope to put last weekend behind them. The Toffees were deserved losers away at Bournemouth last time out whilst Sheffield United were edged out at home to Southampton.

Scoring goals has been the Achilles heel of both these teams so far, averaging one goal per game from their first five league games. Everton have not lost to Sheffield United since 1993 and we are tipping The Toffees to continue that run. Our recommended bet is Everton to win with under 2.5 league goals at 13/5.

Manchester City suffered a shock defeat away to Norwich City last weekend but will be expected to bounce back immediately when Watford make the long trip north to the Etihad Stadium. City will be without both Aymeric Laporte and John Stones for a number of months and could play Fernandinho as a makeshift centre defender.

Guardiola has a history of playing midfield players at the heart of defence, most notably Javier Mascherano and Yaya Toure, and we expect Fernandinho to slot in alongside Nicolas Otamendi fairly comfortably.

Sergio Aguero has scored in all five Premier League games so far this season and the Argentinian could keep that run going against Watford. You can back City’s all-time top scorer to score first at 12/5 on Saturday.

City will be hurting from that shock defeat to Norwich City ahead of the visit of rock-bottom, Watford and we’re expecting them to win comfortably here. Staying in the goal scoring markets, you want to consider the 5/2 on offer for Aguero to score two or more or perhaps the 9/1 for an Aguero hat-trick.

Newcastle United versus Brighton & Hove Albion is a massive six-pointer even this early in the season. Both sides were expected to struggle this season and they’ve earned just nine points between them so far this season.

Brighton have not won since the opening weekend of the season and that 3-0 win at Watford looks less impressive that it first seemed given the form shown by Watford since. For hosts, Newcastle, their start to life under Steve Bruce has been inconsistent one. The Magpies claimed a shock 1-0 win away to Tottenham Hotspur but were well-beaten away at Norwich City and had to settle for a draw at home to Watford.

Three of Newcastle United’s four Premier League goals this season have been scored in the first half of games therefore Magpies backers may want to consider the half-time/full-time betting. Newcastle to win (HT/FT) is a huge 3/1 with Ladbrokes.

Neal Maupay will be the main goal-scoring threat for the visitors as he looks to add to the two goals he’s already scored this season. The former Brentford forward ended last season with five goals in six Championship games and will hope to emulate Teemu Pukki and Tammy Abraham in successfully transferring his Championship form into the Premier League. Maupay is 4/1 to score first at St James’s Park.

The previous four Premier League meetings between these sides have seen a combined total of jusr four goals. The highest scoring of those fixtures was last season’s 1-1 draw at the Amex. You can confidently back under 2.5 match goals at 4/7.