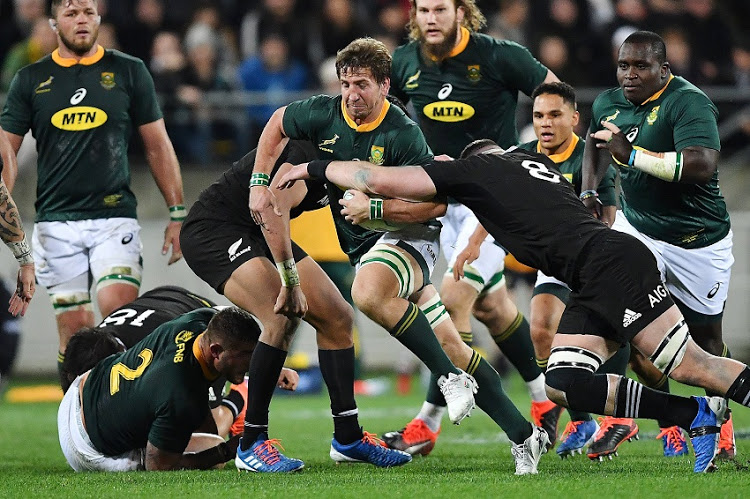 The 2019 Rugby World Cup will get underway later this week and whilst the tournament calls for us all to get behind our nation in the quest for World Cup glory it also offers some excellent betting opportunities. Whilst we at Compare Betting Sites will be sure to run the rule over almost all of the 48 fixtures taking place on a match-by-match basis we start by looking at the wide range of outright betting markets, bring you odds courtesy of our betting partner, William Hill.

A second-place finish in the recent Rugby Championship has seen the All Blacks’ odds drift slightly in recent weeks. The holders are not the dominant force of previous World Cups and leaked 79 points in three Rugby Championship games; with more than half of those coming in a shock 47-26 defeat to Australia. The 2011 and 2015 winners have lost some of the game’s greats to retirement, including Richie McCaw, Dan Carter and Ma’a Nonu, since their last World Cup triumph but will have plenty of support at 5/4.

The big movers in the betting market recently are two-time winners, South Africa. The Springboks claimed their first major title since winning the 2009 Tri-Nations by claiming the 2019 Rugby Championship title this summer. South Africa were hugely impressive and finished the tournament with both the most points scored and least points conceded.

South Africa and New Zealand will go head-to-head on just the second day of the World Cup after both southern hemisphere heavyweights were drawn together in Pool B. looking forward to the knockout stage, the teams in Pools C and D will avoid these two rugby giants until at least the semi-final. This early showdown between New Zealand and South Africa will serve as a great indicator as to which nation is better equipped to lift the Webb Ellis Cup. No team has lost a Pool match and gone on to win the Rugby World Cup.

Wales may have claimed the 2019 Six Nations Grand Slam and Ireland may be ranked number one in the world but, according to the bookmakers, it is England that have the best chance of winning the Rugby World Cup of all the northern hemisphere nations. Eddie Jones’ side lost narrowly to the Welsh in Cardiff in the Six Nations but defeated both Wales and Ireland during last month’s World Cup warm-up games. England also claimed wins last autumn over both South Africa and Australia, either side of an agonising 16-15 defeat to New Zealand at Twickenham.

From John Kirwan and Craig Green in 1987, the late Jonah Lomu in 1995 and 1999, Doug Howlett in 2003 and Julian Savea in 2015, Rugby World Cups are often dominated by the try-scoring exploits of New Zealand’s flying wingers. It is therefore no surprise to see the top try scorer betting market lead by the All Black’s back line.

22-year old winger, Sevu Reece, is the bookies’ 15/2 favourite despite having just three international caps to his name whilst his Crusaders teammate, George Bridge, is a 10/1 shot having crossed the line seven times in five internationals. Alternatively, you may want to opt for the far more experienced Rieko Ioane. The try-scoring machine has 23 tries in 26 internationals, however only one of those 23 tries have come in 2019.

Jonny May scored six tries during this year’s Six Nations tournament and could prove excellent value at 10/1. Whilst Irish winger, Jacob Stockdale could take advantage of a weak looking Pool A. Stockdale was named Player of the Tournament in the 2018 Six Nations Championship after claiming a record-breaking seven tries and has carried that form into 2019. With Ireland drawn in arguably the weakest Pool alongside Scotland, Japan, Russia and Samoa, Stockdale could bag a hat-full of tries before the Pool stage is out.

Handre Polland scored almost twice as many points as any other player in the recent Rugby Championship and if South Africa live up to expectations in this World Cup then the 25-year old will undoubtedly be one of the tournament’s highest point scorers. Polland’s tally of 93 points in the 2015 World Cup was bettered only by the 97 points scored by Argentine fly-half, Nicolas Sanchez.

Alongside Handre Pollard at the top of this betting market is England number ten, Owen Farrell. Farrell top scored in this year’s Six Nations and with England on the easier side of the draw, he could be churning over high points totals deep into the tournament.

Like Jacob Stockdale in the top try scorer market, Johnny Sexton’s chances of finishing as the World Cup’s highest points scorer will be enhanced by Ireland’s modest Pool. Sexton, the current World Rugby Player of the Year scored a modest 23 points in this year’s Six Nations but at 8/1 could prove a snip.

If you’re looking for an each-way bet then any of leading Welsh duo, Leigh Halfpenny and Dan Biggar could offer superb value. Halfpenny is one of the world’s best place-kickers and would be a much shorter price if he was assured of a place in the Welsh starting fifteen. Like England, Wales are in the far more modest side of the draw and cannot meet New Zealand or South Africa before the semi-final. Pool games against Georgia, Fiji and Uruguay potentially all offer a high points total for Wales’ designated kicker.

If you sign up to William Hill via Compare Betting Sites ahead of the Rugby World Cup you can earn a whole host of exclusive free bets and welcome offers. New customers can earn £30 in free bets when you make your first £10 deposit. Additionally, you can earn a £5 free bet to use on the World Cup if you place a £10 win or £5 each-way bet on the tournament.