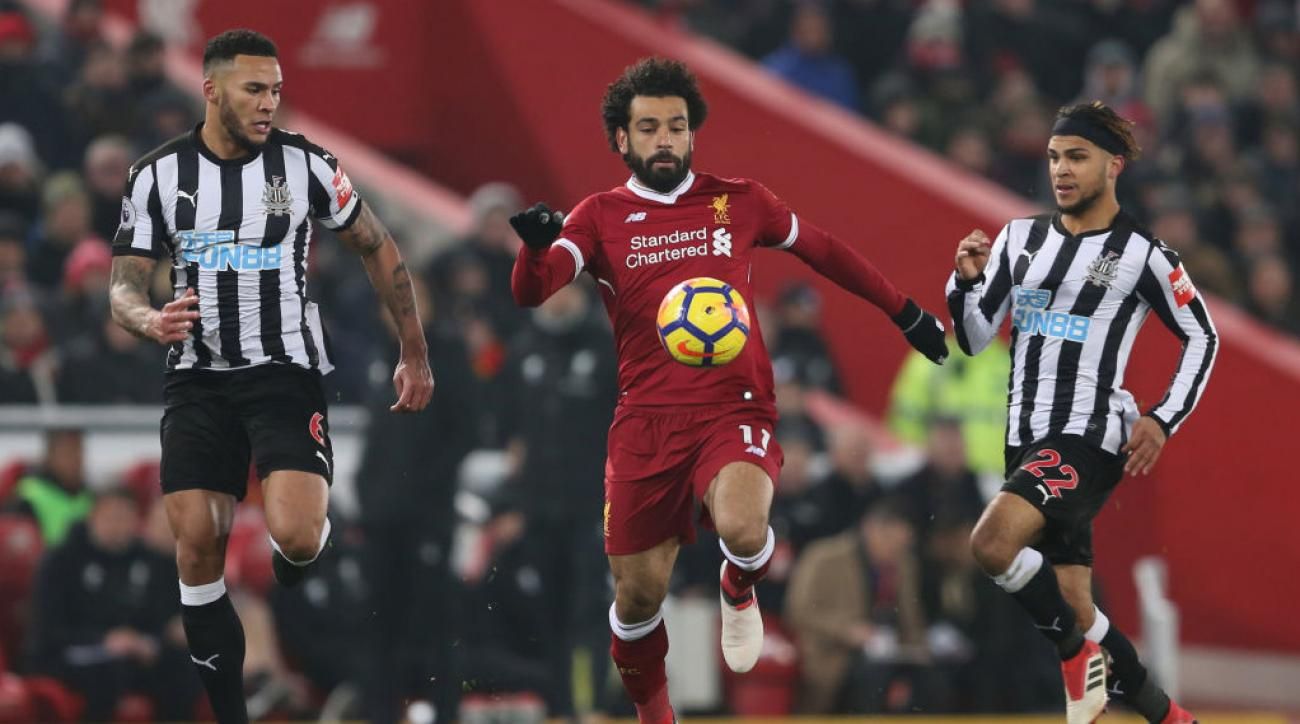 The Premier League finally returns this weekend and with five of the so-called Big Six in action on Saturday, we have some mouth-watering fixtures to look forward to. Here at Compare Betting Sites we will preview all of the day’s action, providing odds courtesy of our betting partner, InterBet. With so much football to discuss, our daily Premier League preview will be divided into two parts. Here we take a look at the early kick-off between Liverpool and Newcastle United as well as Manchester United versus Leicester City and Burnley’s trip to Brighton & Hove Albion in two of the day’s 3pm fixtures.

The weekend kicks off at Anfield where league leaders, Liverpool, set their sights on a club-record fourteenth Premier League win in a row. The Reds have won all four leagues games so far this season and are heavy favourites to see of Newcastle United at Saturday lunchtime.

Liverpool have scored at least once in every game during that winning run whilst Newcastle United have scored in six of their last seven league games away from home. You should back the reds to win and both teams to score at 13/8.

Mohamed Salah has already scored three times in the Premier League this season and has found the back of the net in each of the last three games he’s played against Newcastle. You can back the Egyptian at 13/5 to score first or 6/10 to score at any time.

During the 1995/96 season, Liverpool claimed a famous 4-3 win over Newcastle United at Anfield in what many believe to be the Premier League’s greatest ever game. The following season history repeated itself as Liverpool again edged a seven-goal thriller. The nostagic folk amongst you may be tempted by odds of 150/1 for Liverpool to win 4-3.

Brighton host Burnley on the South Coast in what is expected to be a tight affair. Neither side has managed to put a run of wins together in the league and if results go against them, they could find themselves in the bottom three by the end of the weekend.

Burnley had the upper hand in this fixture last season, winning both home and away. Those back-to-back wins halted a run of five successive draws in games between these two sides but the draw could prove popular once again this time around.

Scoring goals seems to be the biggest problem for Brighton. The Seagulls have won just two games in sixteen in all competitions and have not scored more than once in any of their last 14 home league games.

Burnley haven’t fared much better recently, winning just once in their last eight Premier League games. However, they have one of the league’s most in-form attackers in Ashley Barnes. Only Sergio Aguero (18), Sadio Mane (16) and Jamie Vardy (15) have scored more Premier League goals than Barnes (13) in 2019. Barnes is 13/8 to score at any time on Saturday. Goals will be at premium in this cagey affair so the 9/2 on offer for Barnes to open the scoring could prove better value.

Barnes’ strike partner, Chris Wood, is yet to score a league goal this season but he does have seven career league goals against Brighton. Wood is currently priced at 11/5 to score at any time.

Just a few years ago it would’ve been almost inconceivable that Manchester United would be priced at Evens to beat Leicester City at Old Trafford but the bookies’ odds indicate just how much pressure The Red Devils are under.

United have failed to win a single league game since the opening weekend of the season and are now on a run of just one win in nine league games. Manager, Ole Gunnar Solskjaer, has been hit with a raft of injuries ahead of the visit of unbeaten Leicester City. Paul Pogba, Anthony Martial, Aaron Wan-Bissaka, Jesse Lingard and Luke Shaw have all been ruled out of Saturday’s game.

One positive in what has been a tough start to the season for Solskjaer has been the form of summer signing, Daniel James. The Welsh international scored the winner in his country’s 1-0 friendly win over Belarus on Monday, adding to the three Premier League goals he’s already claimed for Manchester United this season. In the absence of several attacking players, James and Marcus Rashford are likely to be Manchester United’s main goal threat on Saturday. You can back Daniel James to score at any time at 12/5 whilst Rashford is the bookies’ favourite at 7/5.

Manchester United have kept just one clean sheet in their past fifteen league games whilst Leicester City have conceded at least one goal in each of their last ten league games away from home. Given their respective leaky defences, both teams to score will be well-backed at 8/11.

If you’re new to InterBet then sign up today via Compare Betting Sites and you can earn a welcome bonus of £10 when you register and make your first deposit.