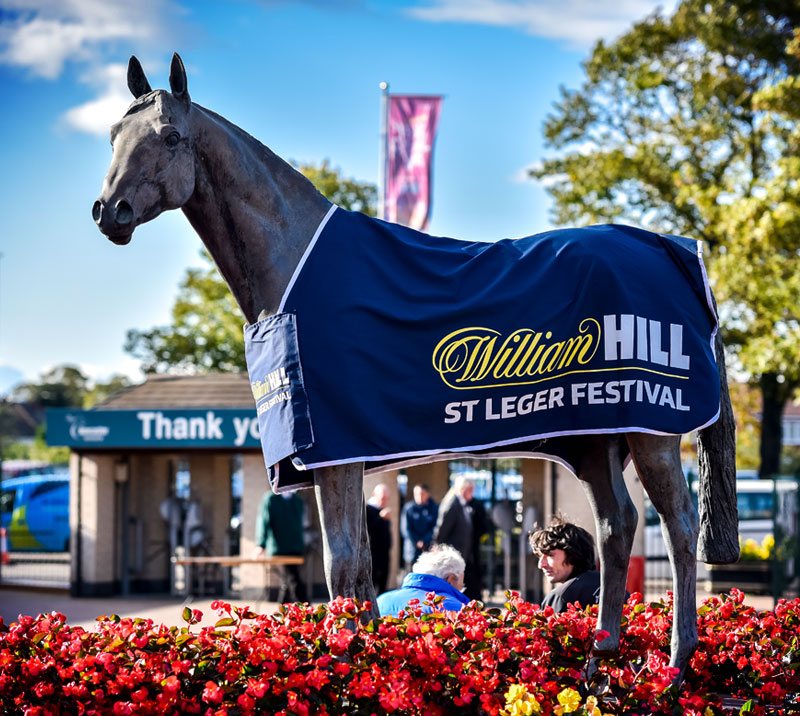 Day one of the William Hill St Leger Festival proved to be a successful one overall for the bookies. After odds-on favourite, Lazuli, claimed the day’s opener, none of the subsequent six races were claimed by the race favourite. On to day two of the meeting and we once again provide a preview of all the day’s races, offering odds courtesy of festival sponsors, William Hill.

Racing gets underway at Doncaster slightly later than on day one but this fillies’ nursery could get the day off to a flyer. Race favourite, Graceful Magic, is set for a 3lbs rise from the weekend but for now will run off the same mark as when she dead-heated in a competitive nursery at Newmarket last month. Second of eight last time out at Goodwood after being denied a clear run towards the rail.

Stylistique is next in the market and despite being top weight, this well-bred filly has been well-supported. The Roger Varian-trained filly was unlucky not to win when finishing second in a Group 3 at Goodwood last month. Stylistique led into the final furlong before being edged out close to home. Rosadora finished back in fourth when Graceful Magic dead-heated last month and on that form is easily opposed.

Three of eight runners in this race are trained by Aidan O’Brien but it’s likely that the trio will all be competing for the minor places. The John Gosden-trained Enhibaar is the market leader after claiming a second successive Group 2 win at Goodwood last month. The progressive four-year old concedes 3lbs for that win however her main rival in this race, Dame Malliot, is also under a 3lbs penalty. Dame Malliot, has just four runs behind her but that already includes wins in a Listed race at Newmarket and a Deauville Group 2 last time out. Both those wins were over the shorter 1m4f distance but she was staying on at Deauville and pedigree suggests that stamina won’t be an issue over 1m6f. Could be telling that Frankie Dettori has opted to ride Dame Malliot for Ed Vaughan, especially when you consider the formidable form displayed by the Dettori/Gosden partnership this summer.

The biggest field of the day will see 20 runners line up in this. Aidan O’Brien has another three entries but has a much greater chance of winning this than the earlier race. Ryan Moore chooses to ride Harpocrates over Pistoletto and King Neptune and that’s hardly surprising. Harpocrates has won just once in seven runs to date but seems to improve race-on-race. Unlucky not to win the Group 3 Acomb at York last month. After being caught close to home he may be grateful for the step back in trip here.

If you want to back something at a bigger price then Electrical Storm at 16/1 could prove excellent value. Has failed to justify favouritism in any of his last three runs but the bookies obviously see something in him. Danny Tudhope rides for the in-form Godolphin team.

Cloak of Spirits is set to go off as a short-priced favourite here but there was a lot of money overnight for Powerful Breeze. Backed in from 10/1 to 5/1 this morning, Powerful Breeze claimed an impressive debut win at Newmarket to defy odds of 20/1. This is a much tougher test but the manner of that Newmarket win should not be underestimated.

Race favourite, Cloak of Spirits, was equally impressive on his racing debut, winning a competitive 7f fillies’ novice at Ascot in July. West End Girl made all when winning a Group 3 at Newmarket last time out but Ananya would’ve been closer that day, had he not reared in the stalls. Despite losing 8 lengths at the start, Ananya ran on to finish fifth, just 3 lengths behind West End Girl. Has every chance of reversing that result here.

Each-way bets are paying four places here and there is plenty of value available throughout the field. Race favourite, Drummond Warrior, should be there or thereabouts. Unlucky not to win at Newmarket last time out having been caught near to home. With Hollie Doyle on board, connections will expect another strong showing.

Lucky Louie is an interesting entry at 10/1 having not appeared in a 6f turf handicap for three years. Not finished outside of the top three this year but all runs have been over either 7f or 1m. In such a tough race to call, The Armed Man has every chance with jockey, Paula Muir, claiming 5lbs.

Day two draws to a close with a four-runner handicap in which Mutamaasik is expected to complete a four-timer. The Roger Varian-trained Mutamaasik has been hit with a 10lbs penalty after a dominant win on his handicap debut but that will not put off supporters of this progressive gelding.

The most likely challenge to Mutamaasik will come from Archaeology. Jedd O’Keefe’s Archaeology won over 1m here in May and is a clear fan of a straight track however he may better-suited to the longer 1m trip. He did impress when finishing second over 7f at Ascot a week ago.

All this week you can sign up to festival sponsors, William Hill, via Compare Betting Sites and if you deposit £10 you can earn £30 in free bets.