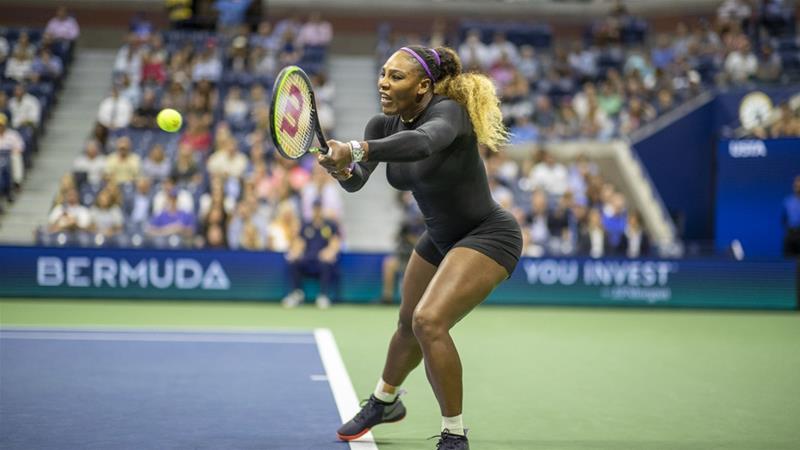 As we move in to September, the sporting calendar is jam-packed with exciting events taking place across the globe. Keen to ensure our customers have all the information needed to make September a profitable one, we at Compare Betting Sites run the rule over some of the month’s biggest sporting occasions, offering a preview, odds and tips on all the biggest competitions across a plethora of sports.

Tennis’ final Grand Slam event of the year is currently underway at Flushing Meadows and the outright singles tournaments were blown wide-open after both of last year’s defending champions, Novak Djokovic and Naomi Osaka were eliminated.

Djokovic’s defence ended at the fourth-round stage after the Serb was forced to retire with a season-ending injury. Roger Federer soon followed, losing his quarter final tie against unseeded Bulgarian, Grigor Dimitrov. With his two major rivals out, Rafael Nadal, is the overwhelming favourite to win a fourth US Open title. The Spanish second seed is as short as 1/3 with most bookmakers whilst you can still get 2/5 via SpreadEx.

In the women’s draw, the elimination of defending champion, Naomi Osaka, has paved the way for last year’s losing finalist, Serena Williams, to go one better this time around. Two-time winner, Williams, claimed US Open glory in both 1999 and 2009 so it seems fitting that she’d win again in 2019. The bookmakers are backing Serena Williams to win the women’s title and the American is the odds-on favourite at 17/20 with Black Type and Betway to be crowned the outright winner.

There are just eight races left in the 2019 Formula One season and with three to come during September, this month could prove a pivotal one. Lewis Hamilton holds a commanding 65-point lead in the driver’s championship and is now a less-than-attractive 1/66 to claim a sixth Formula One world title.

Punters may be better suited betting on individual races with the next race set to take place at Italy’s iconic Monza track. Hamilton won a record-equalling fifth Italian Grand Prix last year but is only second-favourite in the bookies’ betting market. Hamilton can be backed to win the Italian Grand Prix at a hugely-tempting price of 2/1 with Betfair or Paddy Power.

Belgian Grand Prix winner, Charles Leclerc, has been tipped to follow up his maiden F1 win with another win at Monza. The 21-year old has been installed as the 6/4 race favourite with Betfred.

Ashes Series Draws to a Close

The fourth Ashes Test is currently underway at Old Trafford and after Ben Stokes’ heroics atHeadingley there is still plenty to play for. With two Tests remaining the Series is tied at one game apiece. A draw will see Australia retain the Ashes which means England need to win at least one of the two remaining Tests.

With Steve Smith back for the Aussies, the visitors are the bookies’ favourites to claim the Series win. Sportingbet are offering 9/4 on Australia to win whilst a tied Series is 5/2 with BetVictor. England are 23/10 with Unibet to reclaim the Ashes.

In the correct score betting, a 2-2 draw is the most likely at 3/1 with BetVictor whilst the same bookmakers are offering 10/3 for a 2-1 win in favour of either nation.

We take a break from domestic football this week as the Euro 2020 qualifiers resume on Thursday evening. Nine games will take place across Europe on Thursday before the first of the Home Nations are in action on Friday evening. Wales host Azerbaijan in Cardiff whilst Scotland welcome Russia to Hampden Park.

Scotland are already guaranteed at least a play-off place thanks to their UEFA Nations League success however, Wales’ home tie against Azerbaijan is a must-win game for Ryan Giggs’ side. Wales have lost two of their first three games in this qualification round and anything less than three points at home to the group’s lowest ranked team will be seen as a disappointment.

Wales will be without Juventus midfielder, Aaron Ramsey on Thursday but should still be far too strong for their opponents. Wales are 5/19 with several bookmakers whilst Azerbaijan are 33/2 to spring an upset with MarathonBet. On Saturday England will host Bulgaria at Wembley before Northern Ireland face Germany on Monday evening.

The last Classic of the British flat racing season takes place this month as Doncaster Racecourse hosts the Group 1 St Leger Stakes on Saturday 14th. The oldest of the five Classics, the St Leger has been contested annually since 1776.

The John Gosden-trained Logician, is the hot favourite to win this year’s St Leger. The 3-year old was cut to 5/4 after easing to victory in the Group 2 Sky Bet Great Voltiguer Stakes during York’s Ebor Festival.

The race’s big gamble is the Aidan O’Brien-trained Sir Dragonet who has been backed in from 12/1 to 4/1. Sir Dragonet flopped in the Group 3 Royal Whip Stakes at The Curragh but has since received plenty of ante-post support causing his odds to tumble. Trainer, Aidan O’Brien, has won the Doncaster Classic six times, including each of the last two through Kew Gardens last year and Capri in 2017. Another O’Brien entry, Il Paradiso, is next in the market and is currently available at 13/2 with most bookmakers. With the bookies paying out for three places, Il Paradiso offers excellent each-way value.

Rugby Championship winners, South Africa, are 5/1 with BetVictor and Betway to win a third World Cup whilst the Northern Hemisphere challenge is led by England. Eddie Jones’ side are also available at 5/1 with SportNation whilst this year’s Grand Slam winners, Wales, are a massive 10/1 with several bookmakers.

With the tournament set to run until November we at Compare Betting Sites will provide match odds on all major fixtures taking place throughout the World Cup.

To bet on any sporting event taking place in September simply sign up to one of the many Compare Betting Sites betting partners today and take advantage of some incredibly generous free bets and welcome bonuses when you register.