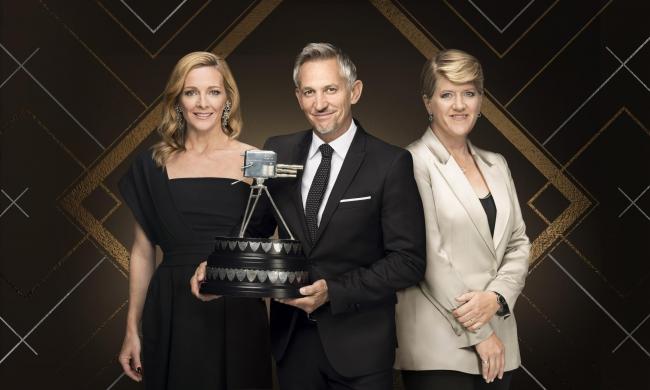 Here at Compare Betting Sites we keep our finger on the pulse when it comes to sports and sports betting in particular. To ensure our readers are equally as informed we continue our traditional monthly round-up of all things sport. As another action-packed month of sport draws to a close we take a look at some of the stories grabbing the headlines throughout August.

Paddy Power pay out on Sports Personality of the Year bets

Where else could we possibly start in our round-up than at Headingley; the scene or perhaps the greatest cricket match in Ashes history. England were staring down the barrel of defeat after being bowled out for just 67 in their first innings. Set a record run chase of 359 by Australia, England needed a hero to step up and save the series. World Cup winner, Ben Stokes, duly obliged as he scored 135 not-out in what has been described by many as the best individual batting performance Test cricket has ever seen.

A Paddy Power spokesperson explained, “'Twice this summer Ben Stokes has made the UK and Ireland stop and take notice, and fully deserves to win SPOTY.”

Whilst the likes of Raheem Sterling, Frankie Dettori and Lewis Hamilton are still available at around 16/1, Stokes seems nailed-on the lift the coveted prize.

In addition to being the hot favourite to be named Sports Personality of the Year, Ben Stokes is also now odds-on to be knighted in the Queen’s New Year’s honours list with most bookmakers. The Paddy Power spokesperson added, “'After his off-field controversies, Stokes being knighted would seem an impossible victory – which is just the kind of thing he thrives under.”

However, the move has been criticised after it emerged that Rooney’s return to England was to be bankrolled by Derby County sponsors, 32Red. The online betting site are to subsidise Rooney’s huge salary whilst Rooney will don the number 32 shirt when he joins up with his Rams teammates.

Derby County chairman, Mel Morris, explained, “The commercial opportunities this creates are widespread and significant. On the back of Wayne joining the club, we have just been offered a record-breaking sponsorship deal with our principal shirt sponsor, 32Red.”

As the microscope falls upon the close affiliation between football clubs and betting firms, this new sponsorship deal has led to widespread criticism.

Labour MP, Carolyn Harris, accused Rooney of “selling his soul” whilst Kenny Alexander, chief executive of rival betting firm, GVC Holdings called the move “preposterous” and an “own goal” for the industry.

One of flat racing’s most-high profile meetings took place in August as the horse racing world descended on York Racecourse for the 2019 Ebor Festival and the much-anticipated meeting did not disappoint. Day one started with a shock defeat for Crystal Ocean in the Juddmonte International Stakes. But, the other big fancies, Enable and Stradivarius duly obliged, much to the despair of the bookies!

In what is likely to be her last race on British soil, Enable claimed a 12th straight win in Thursday’s Darley Yorkshire Oaks, bringing jockey Frankie Dettori to tears in the winner’s enclosure.

On to Friday and dominant stayer, Stradivarius, looked set to grab the headlines after claiming a £1 million bonus for a second year in a row. But the day was to belong to the Charlie Hills-trained, Battaash. The five-year old was written off by many ahead of the Group 1 Coolmore Nunthorpe Stakes after two consecutive years of disappoint in the race. However, not only did Battaash romp to a 3 ¾ length victory but in doing so he smashed the course record which has stood for almost 30 years.

When it was announced that VAR would be introduced in the Premier League this season it was met with scepticism from several quarters. However, one unlucky punter has more of a reason than most to rue the day VAR was brought in. The unfortunate Sky Bet punter saw a £45,000 windfall slip through his fingers when VAR ruled out Gabriel Jesus’ late win at home to Tottenham Hotspur a fortnight ago.

The losing bet was a 25p accumulator at odds of 185,327/1 based on both teams scoring in each half of five separate matches, including:

With the first four selections safely in the bag and Man City racing into a 2-1 half-time lead the bet look nailed on to come in, especially when Lucas Moura drew Spurs level eleven minutes in to the second half. However, City were left frustrated throughout the second half, culminating in Jesus’ disallowed goal in stoppage time.

Sunderland fan, Ross, admitted he was unable to cash-out the bet as his “phone had died”.

Last year’s champion two-year old, Too Darn Hot, was this month forced to retire after sustaining a career-ending leg injury during Goodwood’s Group 1 Sussex Stakes. After winning all four races as a juvenile, the John Gosden-trained colt enjoyed an indifferent 2019, winning the Prix Jean Prat at Deauville and that ill-fated Sussex Stakes at Goodwood. However, he had to settle for second in York’s Dante Stakes and the Irish 2,000 Guineas whilst he could only manage third in the St James’s Palace Stakes at Royal Ascot.

Fortunately, Simon Marsh, racing and bloodstock manager for owners Lord and Lady Lloyd-Webber, confirmed, “The injury is not life-threatening. He should make a full recovery. His future now lies at Dalham Hall Stud in Newmarket where he will recuperate and stand at stud for the 2020 season."

With the football season now in full swing, September will also play host to the Rugby Union World Cup, four Formula One races in Belgium, Italy, Singapore and Russia, the fourth and fifth Ashes Tests and the final Classic of the British horse racing calendar; the St Leger at Doncaster. Here at Compare Betting Sites we will keep you up to date with all the latest betting news on all of the above sporting events and so much more. To place a bet on any listed event throughout September just simply look out for the latest betting offers available via our website.