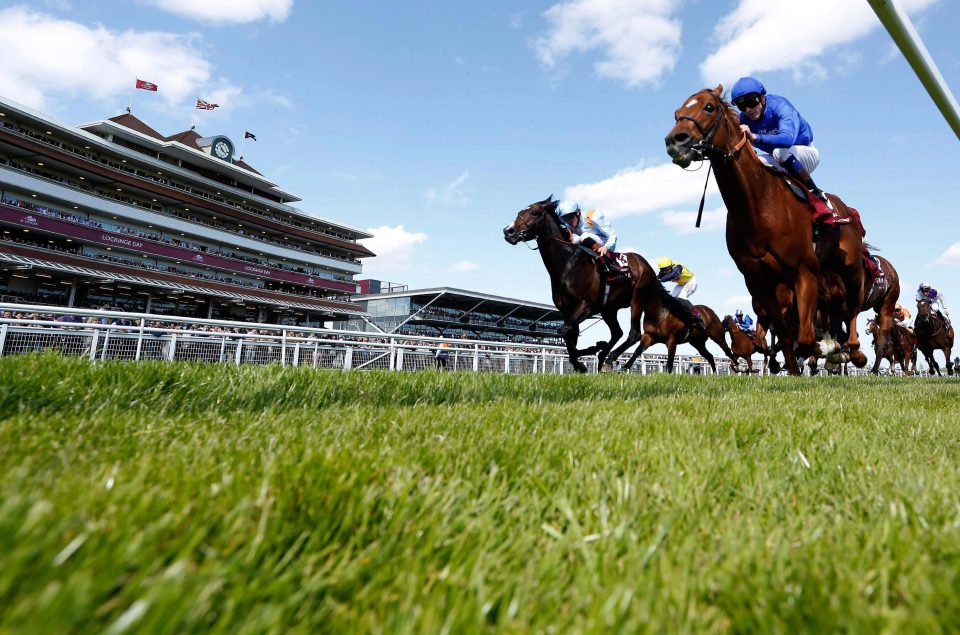 The 2019 Ebor Festival got off to a flying start on Wednesday with Japan claiming a shock win in the Group 1 Juddmonte International Stakes. Aidan O’Brien’s three-year old finished ahead of the world’s top-rated horse, 11/10 favourite, Crystal Ocean in a thrilling photo finish.

Japan has now been installed as the 7/1 second favourite for the Prix De L’Arc de Triomphe with William Hill. Enable remains the 6/5 hot favourite for that race and John Gosden’s superstar filly will be in Group 1 action at York on day two of the Ebor Festival. The Group 1 Darley Yorkshire Oaks will be contested by just four runners with Gosden and Aidan O’Brien entering two horses apiece.

Inevitably, Enable will go off at an incredibly short price in what could be her last race in England. Enable is commonly available at 2/7 with most bookmakers however, Unibet are edging that particular market, offering its customers a very generous 3/10. Enable’s biggest threat is likely to come from 4/1 shot, Magical. Enable’s jockey, Frankie Dettori, has already chalked up 13 Group 1 winners this season but admits he and Enable will have to bring their A-game to get the better of Ryan Moore and Magical.

In his blog for top bookmaker, Ladbrokes, Dettori wrote, “We have beaten her [Magical] twice and if Enable turns up, she is the favourite. I don’t take anything for granted though; Magical is a good filly in her own right. It could be the last time we see Enable run in England so I have mixed feelings of nerves and excitement. I just hope she can show what she is made of. She has become the darling of horse racing.”

The Darley Yorkshire Oaks, the feature race on day two of the Ebor Festival is one of six races taking place at York on Thursday. The day’s first race will see John Quinn’s Liberty Beach try to follow up his impressive win at Glorious Goodwood with another success in the Sky Bet Lowther Stakes.

Liberty Beach has won four from five this year with a credible fourth in the Queen Mary Stakes at Royal Ascot the only blotch on a near-perfect form book. With Jason Hart in the saddle once more, Liberty Beach is currently the bookies’ favourite. Most bookmakers are offering odds of either 6/4 or 13/8 whilst Unibet are offering a best price of 7/4.

All previous runs for Liberty Beach have come over five furlongs, the Lowther Stakes is ran over six furlongs and although the extra furlong should not be an issue, it does open the door for several rivals to claim the win. Unbeaten pair, Under The Stars (9/2, Betfair and Paddy Power) and Wejdan (6/1, Boylesports) are the most likely challengers to John Quinn’s Liberty Beach but the step up in class for each of these just gives the favourite the edge.

The second race of the day is the wide-open Goffs UK Premier Yearling Stakes and with 22 runners declared, an each-way bet would be sensible. Most bookmakers are paying out for the first three or four places however both Betfair and Paddy Power are offering each-way places on the first five horses past the post.

Show Me Show Me is the bookies 9/2 favourite and he’s been far from disgraced the last few times we’ve seen him. Richard Fahey’s two-year old was a credible third last time out behind Liberty Beach in the Molecomb at Goodwood. If Liberty Beach impresses in the day’s opener than Show Me Show Me could go off a much shorter price.

Liberty Beach’s team of trainer, John Quinn and jockey, Jason Hart, will ride 40/1 shot, Mia Diva in race two and despite the huge price this promising horse has excellent place claims. Mia Diva won on just her second start before being pipped into second by a short head under a penalty next time out. Last time out a poor draw and difficulty in running contributed towards a lowly finish at Newmarket three weeks ago. Now tongue-tied, Mia Diva can be forgiven for that modest run at Newmarket.

On to race three and yet another huge field will again see Paddy Power paying out for more places than most other bookmakers. Paddy Power are paying out for the first six places in the 20-runner Clipper Logistics Handicap. Last year’s runner-up, Kynren, is the bookies’ 9/2 favourite but Robert Winstone’s five-year old has not won a race since 2017.

Hat-trick chaser, Qaysar, is looking to defy another penalty to claim a third win in just sixteen days. He is however 5lbs higher than last time out and a huge 10lbs higher than his first win at Newbury on August 6th. Although Paddy Power are paying out for six places, you may want to look elsewhere if you fancy Qaysar to win this handicap. Many other bookmakers go as big as 12/1 on a win for Qaysar with many paying five places.

Mark Johnston and Frankie Dettori were this race’s winning trainer/jockey combination last year and have another big chance this year courtesy of Vale Of Kent. The four-year old claimed Banbury Cup success three starts ago and impressed when finishing second in a 20-horse handicap at Glorious Goodwood last time out. Unibet are best-priced on Vale Of Kent at 12/1, paying five places.

Immediately after the day’s feature race focus will move to the ultra-competitive British EBF & Sir Henry Cecil Galtres Stakes. Dermot Weld’s Search For A Song is the bookies’ 5/2 favourite however there will be plenty of support for the Aidan O’Brien-trained Frosty. Sister to a four-time Group 1 winner, Frosty was running on well when fourth in a Listed race at Gowran Park last week. It is likely that she will benefit from the extra two furlongs here and at 9/2 with most bookmakers, offers excellent value.

The day will draw to a close with the 20-runner British Stallion Studs EBF Fillies' Handicap, contested over seven furlongs. Once again if you’re looking to bet each-way you should check how many places your selected bookmaker is paying out for. Whilst numerous bookmakers are paying out for five places, there will be many only paying for the first four.

Salayel and Mubtasimah are competing for favouritism in the betting markets. The current favourite, Salayel, had a fairly successful time in the UAE before moving to the UK. Roger Varian’s three-year old has one previous race in the UK, losing by a head at Newmarket last month. Despite being upped 6lbs after that Newmarket race, she is certainly the one to beat here. Currently priced at 4/1 with Betfair and Paddy Power, Salayel could go off a lot shorter than that.

Mubtasimah has won three consecutive races including over C&D in June. Up 4lbs higher now and stepping up in class but is certainly one to shortlist here. Currently available at 5/1 with Unibet.

If you want to back something at a slightly bigger price then Agincourt as 12/1 with Danny Tudhope on board could be a solid pick. This four-year old is in great Handicap form this season and has not finished below third in any of her five races. Winner over C&D back in May but her best performance came last time out when finishing third in a 1m Listed race at Pontefract. If she can replicate that form then she’ll be right up there at the end.

Sign up to any Compare Betting Sites betting partner ahead of the much-anticipated day two of the Ebor Festival and you can earn incredibly generous welcome bonuses and free bets to get you started.