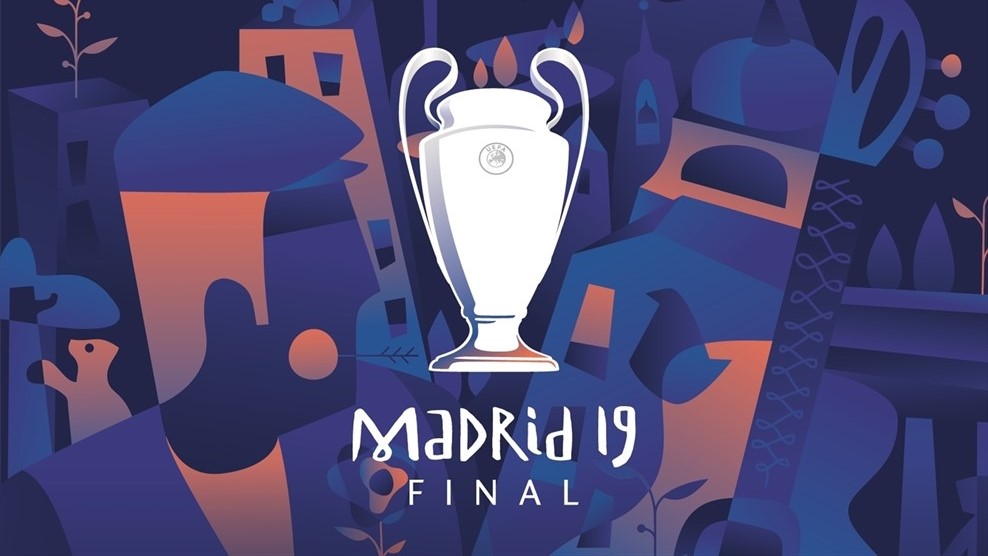 The eyes of the football world will be on Madrid on Saturday evening as Atletico Madrid’s state-of-the-art Wanda Metropolitano plays host to the biggest game in club football.; the UEFA Champions League final. Thanks to Atletico’s cross-city rivals, Real Madrid, the city has become synonymous with the European Cup, however, this season’s final is an all-English affair as Liverpool take on Tottenham Hotspur.

Five-time winners, Liverpool, were runners-up last season as Real Madrid won a fourth title in five years but will hope to go one better this time around against a side that finished 26 points adrift of them in this season’s Premier League campaign. Saturday’s opponents, Tottenham Hotspur, are set to appear in their first ever Champions League final.

Both Liverpool and Spurs reached Saturday’s final thanks to a heroic semi-final turnaround. Liverpool lost the first leg of their semi-final away at Barcelona by three goals to nil but progressed after claiming a superb 4-0 second leg win at Anfield. A mere 24 later it was Spurs’ turn to complete an unlikely comeback. Already trailing 1-0 from the first leg, Spurs found themselves 2-0 at half-time in Amsterdam (3-0 on aggregate). However, three unanswered second half goals from Lucas Moura silenced the Johan Cruyff Arena and saw Spurs progress on away goals.

The big news in the build-up to the game remains the fitness of Spurs talisman, Harry Kane. The England captain has been absent since limping out of their Champions League quarter-final second leg against Manchester City with an ankle injury but could be fit for the final.

Kane has insisted that he is fit to play but it remains to be seen whether Pochettino will risk him from the start. If Kane does make the starting eleven then it is likely that the man to miss out will be the hat-trick hero from the semi-final, Lucas Moura. The Brazilian has arguably been Spurs’ most influential player in this season’s Champions League campaign and will rightly feel aggrieved if he misses out on a starting berth in the final. As well as almost single-handedly dragging Spurs through their semi-final with three goals away at Ajax, Moura kept them in the competition with a late equaliser against Barcelona at the Nou Camp in the group stages.

On the potential selection headache facing him, Spurs boss, Mauricio Pochettino, said, “It's difficult, you need to take a decision and tomorrow is another decision. We have all the information - we will use every detail to try to win. You can use only 11 players from the beginning - that is the most painful situation.”

Like Spurs, Liverpool were also missing key attacking players for their heroic semi-final win. Both Mohamed Salah and Roberto Firmino missed the 4-0 win over Barcelona but are expected to start against Spurs in Madrid.

If Liverpool are to claim a sixth European crown then manager, Jurgen Klopp, will have to end a run of six consecutive cup final losses. Since joining Liverpool, Klopp lost both the League Cup and Europa League finals in 2016 before going on to lose the 2018 Champions League final to Real Madrid. This trio of cup final defeats was preceded by losses in the 2013 Champions League final and back-to-back German Cup final defeats in 2014 and 2015 whilst in charge of Borussia Dortmund.

The German added, “If I were the reason for losing six finals then everyone needs to worry. Last year was a world-class goal and two strange goals we normally don't concede which defeated us. My career so far is not unlucky. I haven't a problem with my career. My wife always asks me when the final game of the season is because since 2012, apart from 2017, my teams have been in finals. I don't see myself as a loser and we would have a problem if I did.”

These two English giants have only met on one previous occasion in European competition; the 1972/73 UEFA Cup semi-final. Liverpool claimed a 1-0 win at Anfield before losing 2-1 at White Hart Lane. After progressing courtesy of the away goals rule, Liverpool went onto defeat German side, Borussia Monchengladbach in the final.

In this season’s Premier League, Liverpool defeated Spurs 2-1 both home and away. If you fancy a repeat of that score line, you can bet on Liverpool to win 2-1 at 8/1 with BetVictor.

If Spurs can upset the odds and claim a first ever Champions League title the Londoners will become just the third English side to claim a clean-sweep of all major European trophies. The great Spurs side of the early 1960’s became the first English side to win a European title when claiming the 1962/63 UEFA Cup Winners’ Cup. They then proceeded to win the UEFA Cup in both 1971/72 and 1983/84.

Liverpool are without any silverware since winning the 2012 League Cup and have since lost four major cup finals. The Reds lost in the final of the 2011/12 FA Cup, both the League Cup and Europa League in 2015/16 and last season’s Champions League. No side has lost back-to-back Champions League finals since Valencia lost in both 1999/00 and 2000/01.

The Champions League final promises to be one of the biggest betting events of the year so far and with so many promotions and offers around be sure to make use of the best odds available. Sign up to any of Compare Betting Sites partners and earn a welcome bonus to kick-off your summer.