Europa League Final Match Preview and Odds
by Leon Hughes on 29th May, 2019 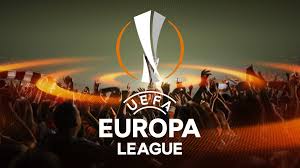 Two English sides will contest the Europa League final in the competition’s history as Chelsea and Arsenal go head-to-head on Wednesday evening.

The all-London affair held in Baku, Azerbaijan, will provide both managers an opportunity to claim their first piece of silverware in charge of their respective clubs. Despite finishing fifth in the Premier League, a win for Arsenal will also see the Gunners compete in next season’s Champions League.

The journey so far

Arsenal have undoubtedly had the trickier fixtures en route to the Europa League final. Since easing through Group E undefeated, the Gunners have come up against and beaten BATE, Rennes, Napoli and Valencia. Chelsea’s route included wins against Malmo, Dynamo Kiev, Slavia Prague and Eintracht Frankfurt.

Having finished two places and two points ahead of Arsenal in this season’s Premier League, it is Chelsea who are the bookies’ favourites to lift the Europa League trophy. However, Arsenal’s hopes of playing in next season’s Champions League hinge on them winning on Wednesday evening; this should not be underestimated.

Chelsea have been handed a double injury blow after England internationals, Ruben Loftus-Cheek and Callum Hudson-Odoi were both ruled out through injury. The injury to Loftus-Cheek was particularly frustrating given that his season-ending injury was sustained in a charity match in the USA.

Sarri explained, “It is not as serious injury but the problem is the timing. He is 50-50 at the moment. We will try to recover him, but we don't know.”

With Loftus-Cheek and Hudson-Odoi already missing, Sarri added, “We are in trouble with the midfield. At the moment we have only three midfielders for three positions. For us N'Golo is very, very important. He is the only defensive midfielder that we have so we are trying to recover him and we will try on Wednesday morning.”

The build-up to this huge European final has not been plain sailing for Arsenal either. Aaron Ramsey has played his last game for the Gunners having limped out of the semi-final win over Napoli with a hamstring. The departing Welshman is likely to be in the stands in Baku. One player that has remained back in England is Henrikh Mkhitaryan. The Armenian international has not travelled to Azerbaijan for safety reasons.

Gunners boss, Unai Emery, faces a goalkeeping dilemma ahead of Wednesday’s game. Bernd Leno has established himself as Arsenal’s first choice ‘keeper this season but is yet to appear in the Europa League. Veteran goalkeeper, Petr Cech, has been Emery’s preferred option in Europe and the final could well be his last game in professional football.

Upon retirement, Cech will return to his former club Chelsea to take up the role of Sporting Director. However, Arsenal boss, Unai Emery, has insisted that Cech’s pending return to Chelsea will have no impact on his team selection.

Emery explained, “He can start or not start, I have to decide, but he deserves trust because his career says to us, he is a gentleman. Really, how can we not believe in him?"

He added, “I speak about Petr a lot but above all he is a great man and a great professional. His behaviour in his year with us has been amazing. I want to do something important with him in his last match. This was my conversation with him - I told him 'I want to do something important with you in the last moment in your career, playing or not playing'."

Arsenal boss, Unai Emery, has already won silverware in Spain and France and that experience could prove decisive on Wednesday evening. Emery also has an excellent Europa League pedigree, winning three in a row with Sevilla between 2014 and 2016. Meanwhile, his Chelsea counterpart, Maurizio Sarri, is yet to win a major title in football management.

The build-up to Wednesday’s Europa League final has been overshadowed somewhat by some slightly concerning training ground antics. During an open training session, David Luiz and Gonzalo Higuain were seen in a heated altercation after an over-zealous challenge by Higuain. Then, manager, Maurizio Sarri stormed off in front of the world’s media. It is believed that Sarri was unhappy that he was unable to hold a private session to go over Chelsea set-plays.

Add that to Eden Hazard’s potential move to Real Madrid, a pending transfer embargo and a series of injuries and preparations have been far from ideal for the Blues.

With N’Golo missing from the Chelsea engine room, the Blues back four could be left isolated in their efforts to nullify the Arsenal attack. Therefore, both Alexandre Lacazette and Pierre-Emerick Aubameyang will provide excellent value in the goal scoring markets. Lacazette is currently available at 6/1 to score first or 2/1 to score at any time. His Arsenal team mate, Aubameyang is 9/2 to open the scoring or 6/4 to score at any time.

Eden Hazard heads the scoring markets and is available at 9/2 to score first or 6/4 to find the net any time. Could Hazard sign off on a stellar Chelsea career by leading them to Europa League glory?

The competition’s joint-highest scorer could feature against his old club on Wednesday as ex-Arsenal forward, Olivier Giroud, is in contention to start for Chelsea. Will the Frenchman come back to haunt his former club? Giroud is 15/8 to score at any time in Baku.