Bye Bye Championship Premier League status on the line for Villa and Derby.
by Leon Hughes on 29th May, 2019 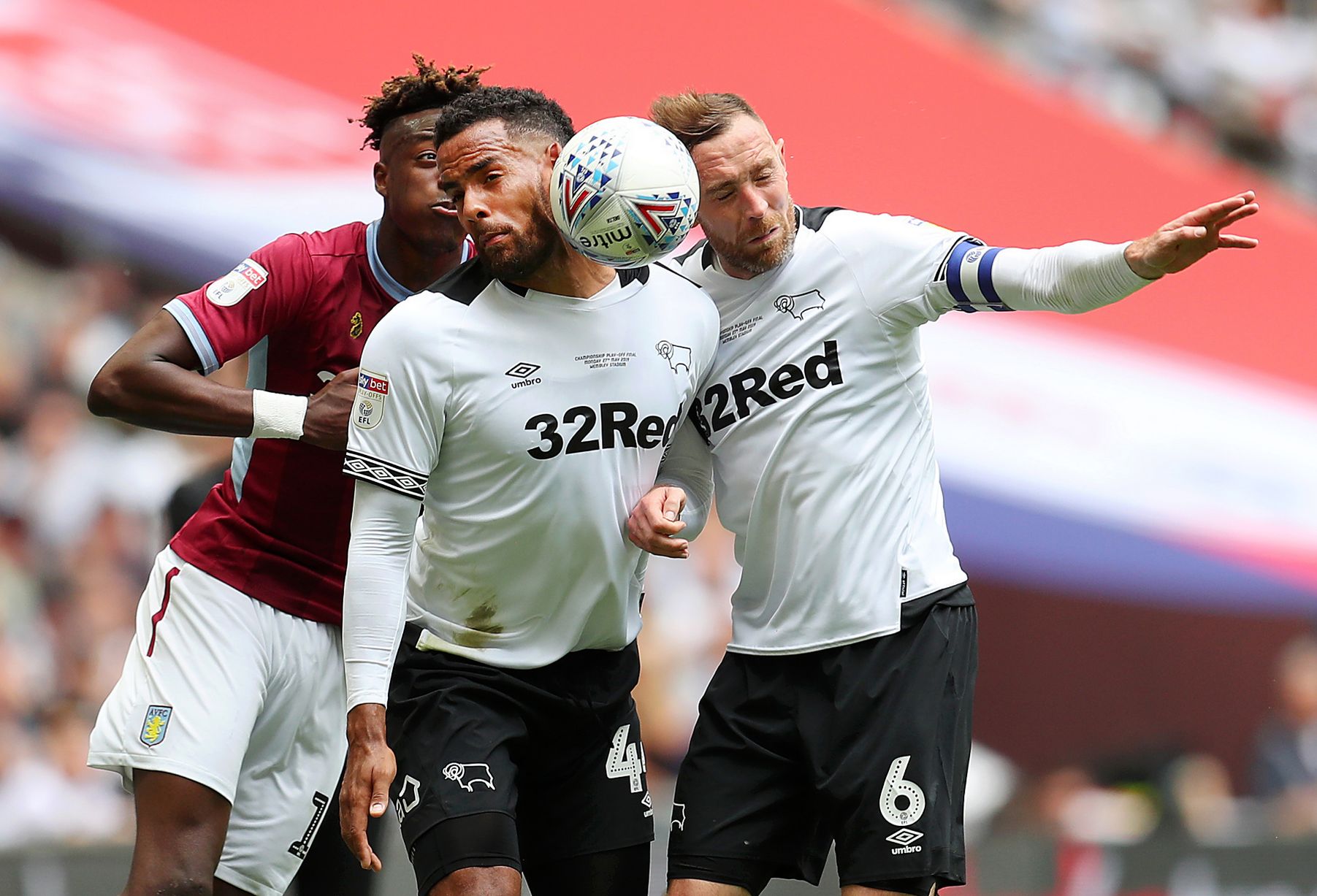 Aston Villa will look to return to the Premier League after a gap of three years when they square off against Derby County in the Championship play-off final on Monday afternoon.

Villa were denied at this very stage by Fulham last year and will be hoping to exorcise the ghosts of 2018 with victory at Wembley. On paper, Derby are the ideal opponents for Villa’s promotion aspirations, with the latter having won 3-0 and 4-0 in the league games played between the two sides earlier this season.

Since their amazing 10 game winning streak in March and April, Villa’s form has tapered off a bit, but they had enough to see off Midlands rivals West Brom in the semi-final. The fixture went to penalties, where Villa edged the Baggies 4-3 in the shootout.

Derby’s wait for returning to the Premier League has been longer than Villa’s- the Rams last featured in the top flight back in 2008. A stunning two-legged win over favourites Leeds saw Frank Lampard’s men book their spot in the final, with Jack Marriott scoring twice off the bench to help them triumph 4-3 on aggregate.

A potential £170m windfall awaits the winner of this game. This is the first Championship play-off final to feature the 5th and 6th placed teams since 2005, when West Ham (5th) beat Preston North End.

With Scott Malone suspended, Derby boss Lampard could ask old Chelsea team-mate Ashley Cole to fill in at left-back. The duo will be up against another former Blue- John Terry, who is currently assistant manager to Dean Smith at Villa Park.

Villa mostly have a clean bill of health- there were doubts over the fitness of Axel Tuanzebe, but the young defender has recovered from the niggle that saw limp off in extra time against Albion.

If Villa lose on Monday, they’ll become the first team since Leicester back in 1993 to suffer defeat in consecutive play-off finals. In the last 13 seasons, only once has the team that finished 6th gone on to win promotion, and that was Blackpool back in 2010.

There’s an interesting recent trend with regard to Championship play-offs this decade- at least one of the two teams has failed to score in the last six finals. Because there’s so much at stake, finals tend to be tense, cagey affairs, which means under 2.5 goals at 1.80 (Bet365) might be worth a shot.

Only Forest have collected more cards this season in the Championship than Derby, who racked up 103 yellows. The two league games between the Rams and Villa earlier this season saw nine yellows issued together. The referee for this play-off final is Paul Tierney, who averages over 3 cards a fixture this season. Over 4.5 cards at 1.83 (Bet365) might be another option worth exploring.

Verdict: There’s a lot at stake- it’s effectively a £170m game, but we reckon Villa will edge this one against the Rams and earn promotion to the Premier League.