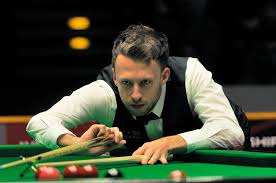 If there’s one thing we love at Compare Betting Sites it is stories of punters winning big at the bookies. Therefore, we were thrilled to hear of the huge windfall won by a lucky punter after Judd Trump’s success in the World Snooker Championship.

62-year-old horse racing journalist, Neil Morrice, won a staggering £10,000 from a £10 bet after correctly tipping Trump to be crowned world champion over two decades ago. Morrice first witnessed the potential of Trump after his own son came up against the new world champion in a tournament at Keynsham Snooker Club in Bristol way back in 1998. Despite being just eight-years old at the time, Trump left a lasting impression on Morrice, prompting him to place a £10 bet with Coral that he would become world snooker champion before turning 30. The ambitious bet was placed at odds of 1000/1.

Morrice explained, “Judd looked something special even as an eight-year-old. So, I've been following his career closely from the start.”

The lucky punter thought he’d missed his opportunity to claim the windfall after Judd Trump was defeated in the 2011 final. Despite leading 10-7 at one point, Trump eventually lost 18-15 to John Higgins that day.

Morrice claimed, “Eight years ago, I thought I might win my bet, it was John Higgins who stood in Judd's way then, so I was hoping for a different outcome this year, and thankfully there was.”

Eight years on from that 2011 defeat, time was running out for the punter. 29-year old, Trump, had to become world champion by no later than 2020 for the bet to be successful. He would’ve therefore have been delighted to see the Bristol-born player march towards another world championship final. His opponent would again be four-time winner, John Higgins. This time however, Higgins would have no answers as Trump romped to an 18-9 victory.

Despite paying out the five-figure windfall, bookmakers, Coral, seemed delighted for the lucky winner. Coral spokesman, David Stevens, explained, “Neil first saw Judd Trump in action when his 12-year-old son played a frame against him, and at the time he was so young he needed to stand on a box to reach the table. Having spotted his star potential so early, he was quick to place his bet at 1,000/1 that Judd would win the World Championship before his 30th birthday.”

Stevens added, “His foresight almost paid off in 2011, but thanks to John Higgins we escaped the pay-out that year, but there was a different and much happier outcome this year.”

Tournament sponsors, Betfred, have immediately installed Judd Trump as 7/2 favourite to retain his crown in the 2020 World Snooker Championship, closely followed in the betting market by Ronnie O’Sullivan (9/2), Neil Robertson (6/1) and Mark Selby (9/1).

Journalist, Morrice, joked, “I guess I'll have to back him again next year, although of course I won't be getting odds of 1,000/1.”

If you want to place a bet on next year’s Betfred World Snooker Championship or any other major snooker tournament then sign up to one of our popular bookmakers today.