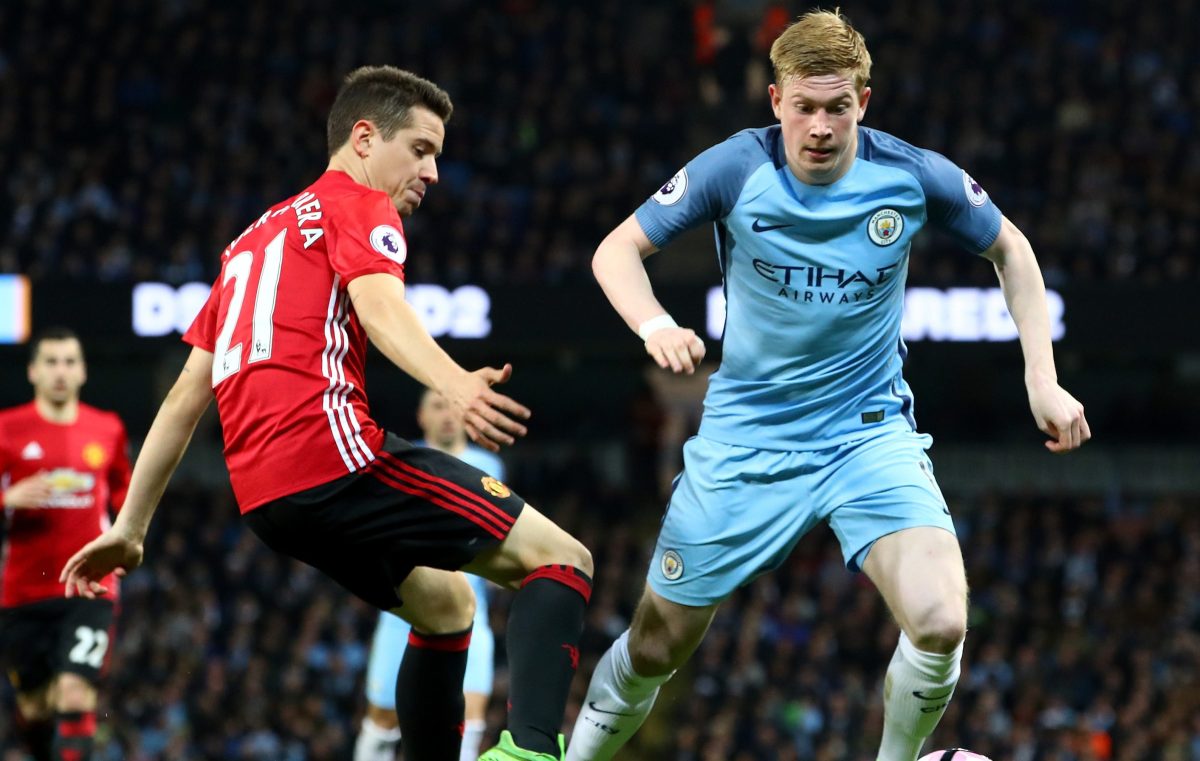 Ole Gunnar Solskjaer’s first Manchester derby as United manager sees the Red Devils host arch rivals Man City in a midweek clash that could have a huge say in deciding the destination of the Premier League title.

The game presents a bizarre dilemma for United fans- win against City, and they risk handing Liverpool their first Premier League title. Lose and while they could potentially deny Jurgen Klopp’s men their maiden crown, it would also severely dent their own top-four hopes, and make it tougher for Solskjaer to rebuild the team over the summer.

United were awful, to put it mildly, over the weekend against Everton. The Toffees were coming into that game on the back of a loss to strugglers Fulham but completely dominated the Red Devils and ran out comfortable 4-0 victors.

United have won only one of their last five games across all competitions and that victory, picked up at home against West Ham, would’ve probably not have been a win had VAR been in place as a perfectly legitimate goal from Felipe Anderson was disallowed.

Solskjaer spoke of some big names letting him down post the Everton loss, and after a bright start to his tenure at Old Trafford, the Norwegian appears to be in danger of going down the same path that his predecessor Jose Mourinho did. The likes of Paul Pogba, Romelu Lukaku and Anthony Martial were all disappointing against the Toffees, and need to pull up their socks.

At the time of writing, United are 13/2 to win this clash- the longest ever odds in recent memory for a Premier League derby clash at home. It shows how low confidence is around Old Trafford, and Solskjaer desperately needs a win to bring the feel-good factor back.

The appointment of Andre Marriner as referee, if one goes by history, should work in United’s favour. City’s first defeat of the 2017/18 season (v Liverpool) and their first home loss of the current 18/19 one (v Palace), both came when Marriner was in charge.  In the 15 United home game across all competitions that the 48-year old has refereed, only one has ended in defeat for the hosts.

United will also have left back Luke Shaw back from suspension while City are likely to be without Kevin de Bruyne, easily their most dangerous attacking player, after the Belgian picked up a muscle injury over the weekend.

Nine of the last ten Manchester United league games at home have produced over 2.5 goals. With so much on the line for both clubs- a draw will simply not do for City, and neither will it really help United, we could have a very open game. Over 2.5 goals at 1.53 appears to be a decent option here.

Verdict: City will focus all their attention on the league following their exit from Europe, and it’s hard to see beyond Pep Guardiola’s side despite the game being played at Old Trafford and the potential absence of De Bruyne. United are in woeful form, and their fine record under Andre Marriner notwithstanding, are big underdogs for this clash. Unless the likes of Pogba really step up, this should be a comfortable win for City.