Barcelona vs Atletico Madrid Barcelona can take a huge leap towards the La Liga Title
by Leon Hughes on 5th April, 2019 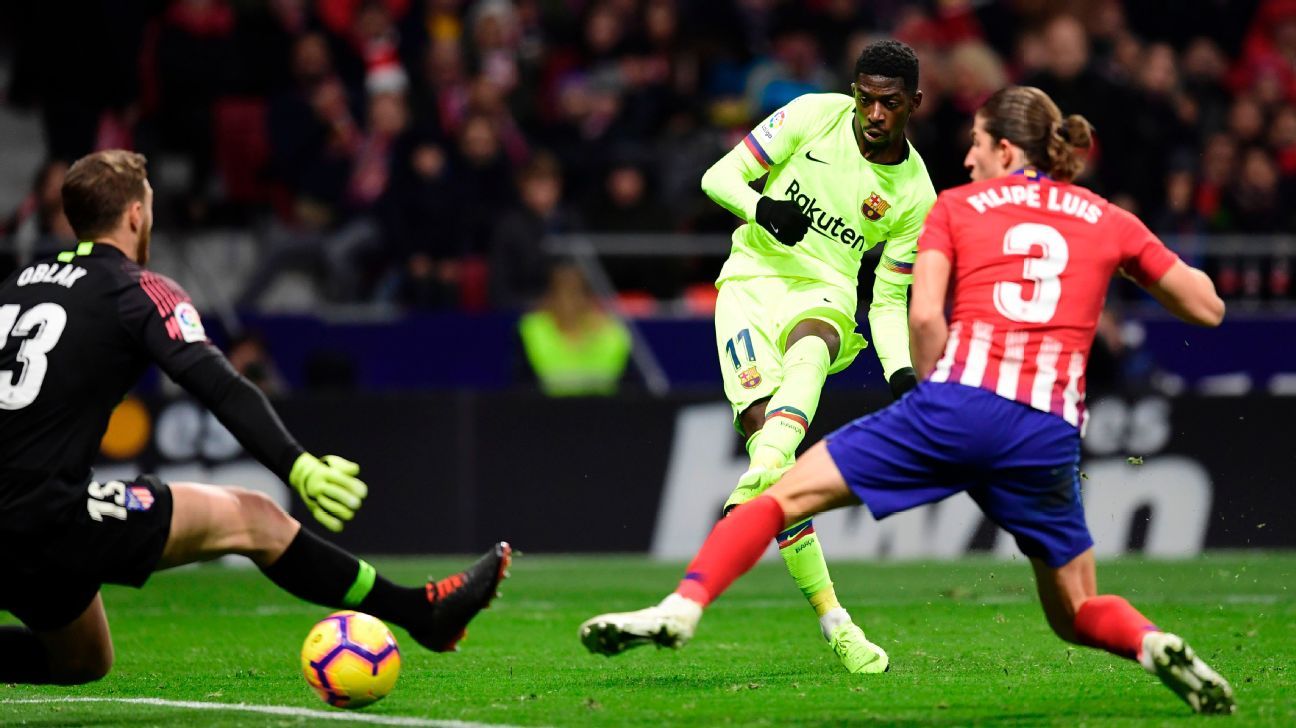 Atletico Madrid will look to keep the Spanish title race alive when they meet Barcelona in a must-win clash at the Nou Camp on Saturday evening. Victory for Atleti will see them cut Barca’s lead at the top to five points, while a win for Ernesto Valverde’s men would all but ensure a successful title defence for the Catalan giants.

Barca come into this fixture on the back of a 4-4 draw against Villarreal at El Madrigal in midweek. With one eye on the Atleti fixture and the upcoming Champions League quarterfinal against Manchester United, Valverde chose to rest key figures like Gerard Pique, Ivan Rakitic and Lionel Messi. The Argentine superstar came off the bench to help the Blaugrana turn a 4-2 loss into a 4-4 draw.

Samuel Umtiti and Christophe Lenglet didn’t impress as a defensive pairing against Villarreal, and Valverde is almost certain to restore Pique to the starting lineup on Saturday. Chilean medio Arturo Vidal is suspended for this clash.

After disappointing losses to Juventus and Athletic Bilbao before the international break, Atleti rallied with wins over Alaves and Girona to put their campaign back on track. The 4-0 win against Alaves was Los Colchoneros’ biggest league this season while the 2-0 triumph over Girona was their first win over the club in six attempts.

Atleti are likely to be without the services of Thomas Lemar for this game. Striker Diego Costa is also racing against time to be fit for this clash. Given how much is riding on this fixture, Atleti are expected to give their stars every possible chance to recover and take the field at the Nou Camp.

Games between these two sides that have a lot riding on the result tend to produce a fair number of yellow cards. For example, the last La Liga game, a Copa del Rey clash and a UCL knockout fixture all produced a minimum of seven yellow cards. Atleti at over 3.5 cards for the game at 1.83 looks tempting.

The man in the middle for this fixture is Jesus Gil, who is no stranger to refereeing this fixture. However Atleti have never beaten Barcelona on the four occasions that Gil has been in charge. The 35-year old also averages a little over six yellow cards a fixture this season in La Liga.

Games between Barca and Atleti with Jesus Gil as referee

Verdict: Barcelona will be up for this clash, knowing that victory will all but seal a second straight La Liga triumph. Atleti will give it their everything, but as their recent record above shows, teams don’t win at the Nou Camp easily. Lionel Messi has been in outstanding form recently, and we reckon he’ll carry the Catalans to another victory.